If you are ever headed out to the Black Hills for a fly fishing or camping trip, the Black Fox Campground is one of the best locations to hole up for the night.  It isn’t your typical camping location as it’s very isolated and secluded, but it’s a great place to relax for the weekend – without phone service or wifi.

This campground feels as though it’s on a completely different planet.  There is legit nothing out there… There is a small town of about 6 ish miles from the campsite, but it doesn’t have much more than a bar and a couple houses.  The nearest town with a grocery store is called Lead and it takes about a half hour to 45 minutes to reach it.

The best part of the Black Fox campground is the lack of Wi-Fi and cell service.  It truly is a great location for when you are trying to escape the day to day life and get away from the drama.  It’s just you, your friends, your family and the hills.

Start up a fire and pitch a tent for a couple days, you won’t regret it at all.

Not a ton of people are out at the Black Fox either.  We’ve gone to this campsite for the past three years and all three years have had only a couple other campers each time.  They were very friendly people too!

In this past trip out to Black Fox, we spent a lot of time fly fishing and doing some regular spinning reel fishing.  There’s an awesome little stream that runs past the campsite, filled with Brown Trout.  Or at least that is what we were catching… we had some Brook Trout on the line, but we were never able to actually get one out of the water.

We were having the most luck using the Elk Hair Caddis (16-18 hook) while fly fishing, and a blue Panther Marten spinner.  The stream itself had better locations for spinning reel fishing, so I spent a lot of my time doing that.  The Panther Marten spinners were almost cheating, I could throw in a spinner and have a fish on instantly.   And that’s no joke.

I did quickly learn that the trout would learn that the spinner wasn’t real food after a couple casts.  If I didn’t catch one within five casts, I would move down another 10 to 20 yards and most likely have a bite.  It was incredible.

The fly fishing was good, not as great as the spinner fishing though.  We caught a couple Trout on the fly, missed a lot more!

The stream was most likely stocked, but still awesome fishing and eating nonetheless.

The dirt road leading to Black Fox is rough

This is the biggest downfall of camping at the Black Fox campground.  The dirt road leading out is full of potholes and is obviously dirt, but drivable.  We took our Mercury Milan out there and didn’t have any issues with getting stuck and didn’t break anything on the car.  You’ll have to drive slow on your way out, but it’s well worth it when you get there.

The scenery on the way out is also incredible.  It is truly amazing.

The campsites at the Black Fox Campground aren’t very large, but sufficient.  The trees are tall and straight which are great for hammocking, and the campsites also have areas for throwing up a tent or two.  The entire campground is tucked into a cluster of trees so it feels very secluded and chill.

Even if there are other campers at the grounds, trees separate the campsites from one another.

The campsites also have a single table and a fire ring with a grill grate for cooking your trout.

Bathroom and no running water

If you plan on heading out to the Black Fox, plan on bringing your own water.  There is no running water here, so no showers or sinks.  There is a single bathroom that is cleaned regularly, but that’s it.

The Black Fox is easily one of my favorite campgrounds.  It’s isolated, beautiful and has a cool trout fishing stream running by.  There’s no cell service or Wi-Fi, and you’ll also have to bring your own water as there is none here.  The road getting out there is a little rough, but well worth it in the end!  I seriously love this campground and will definitely be back there next year! 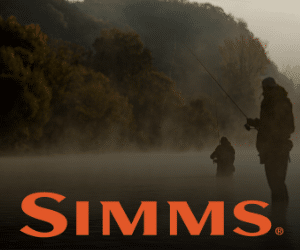 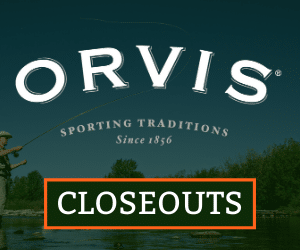